Views of the Neighborhood – The Annual Old Town Parade 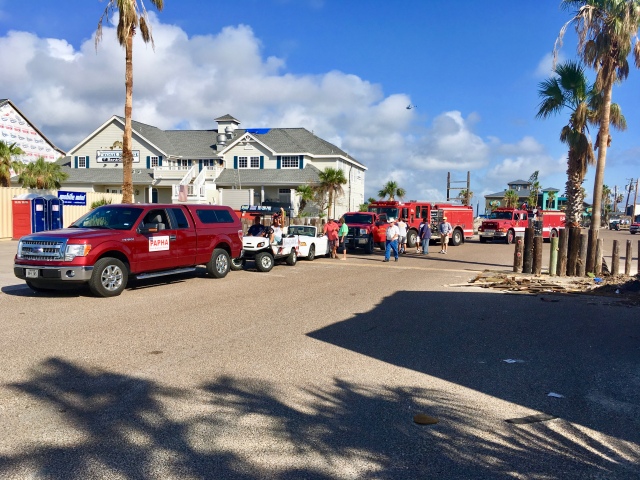 This is a shot of the parade lining up to start

With two state troopers in the lead, we are off. The State Troopers who number about twenty have been an immense morale booster to the community. They can’t be thanked enough.

Two signs. The first says “Riders of the Storm and the second says “Tell Your Harvey Story,” and a link to do that. 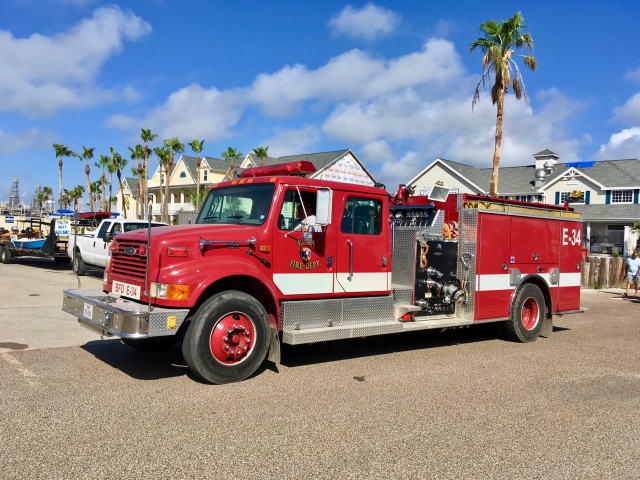 This is a fire truck from Buda, a town near Austin.

A bunch of golf carts with Port A Proud signs.

A big float with the same message.

Here is a resident on a three-wheeler with signs that read, Port A Strong Port A Proud. 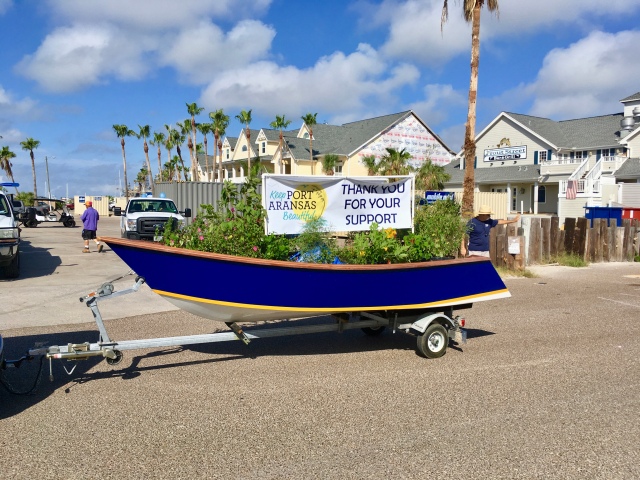 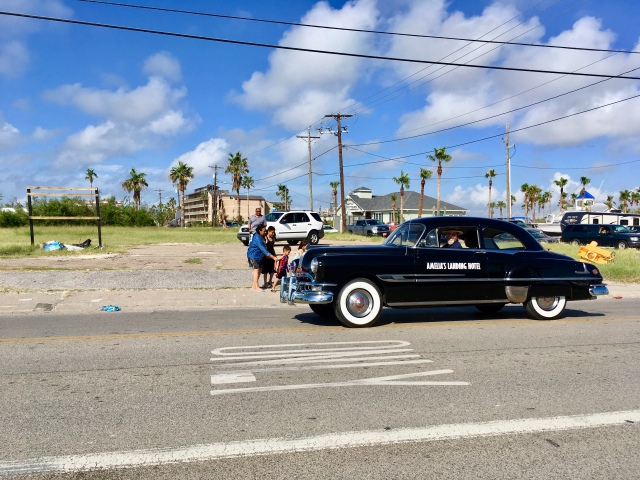 The background has changed a little to show some kids getting candy thrown by the parade participants. A Mid Century Pontiac is very cool. 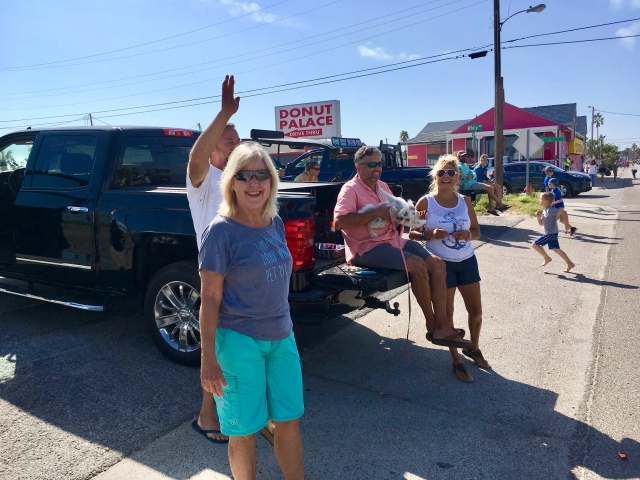 Some residents enjoying the parade and some children racing back to the spectator section with candy.

A day school float. A reminder that the Port Aransas schools are open again.

Photo of a good Samaritan getting candy for the children and the ARC turtle patrol in the background.

Here is a lovely Mid Century MG with a thumbs up driver.

A little boy goes after the candy. 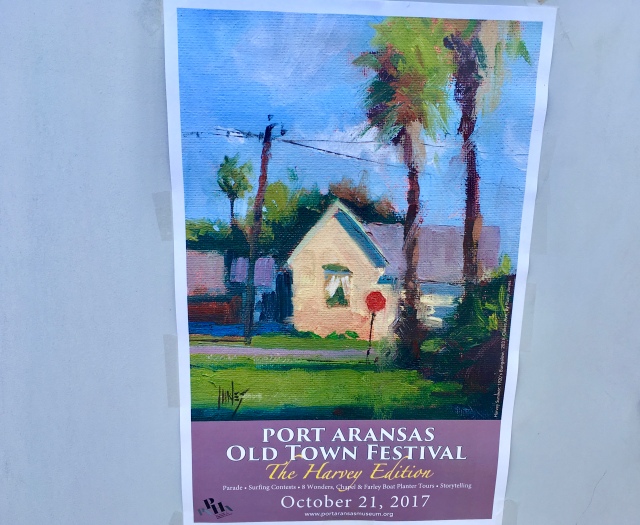 Here is the poster announcing the Old Town Festival of which the parade was one item. I purposely did not crop out the backgrounds on the parade route. I think it was important to catch the spirit of the parade in spite of the surroundings. Hopefully, the photos did that. There were way too many to post all of them but maybe you got the flavor. A very uplifting event.