Port Aransas & Mustang Island was the culinary gateway for Texas chefs to compete in the World Food Championships, the largest competition in “food sport”. The inaugural event consisted of 33 top chefs competing over three nights at nine different Port Aransas restaurants. Each night a winner was chosen out of those competing. The event culminated in the Grand Tasting on October 6. Texas is the first state franchise of the WFC. Each winner of the competition moves on to the next competition in Orange Beach, Alabama in November. The competing chefs came from all over Texas to compete. Given the space limitation I can’t show you all of the venues but here is a sample of the competition which took place on Thursday. I hope you get a flavor of the event by this coverage.

The first venue I visited was Lisabellas. This shot will give you an idea of the setup. The competing chefs are on the left. Folks attending got a drink and snack and then a sample of the finished product.

Here are the three chef stations. They had thirty minutes to complete their dish. The competition was outside which made it more difficult because of hot plates etc.

The second venue was The Phoenix. Here is a shot of the BeachOctoberfest promotional sign. This is a Chamber of Commerce sponsored six weekends of events. The Chef Throwdown was one of these events.

Here is a photo of one of the chefs. Notice the building behind which is a Hurricane Harvey replacement. 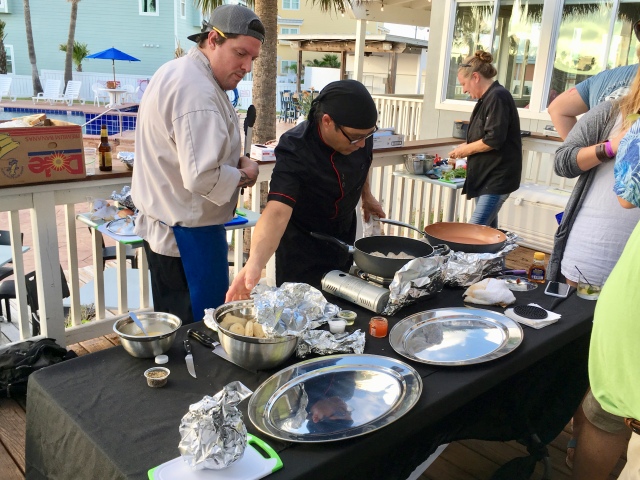 This photo is of Christopher Beasley in grey to the left. He becomes the Thursday winner of the ticket to Orange Beach. 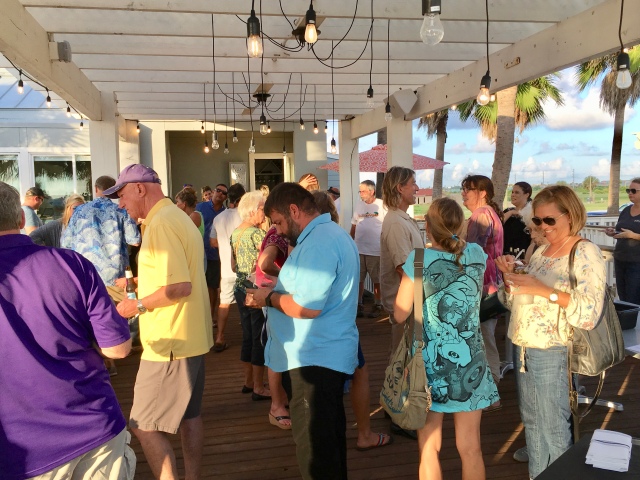 This shot gives you an idea of the number of people attending the Phoenix event.

We now move to The Black Marlin. Here we have the executive chef of The Black Marlin providing the audience with how the competition is judged and a general statement of the rules. The chefs are located to the right. 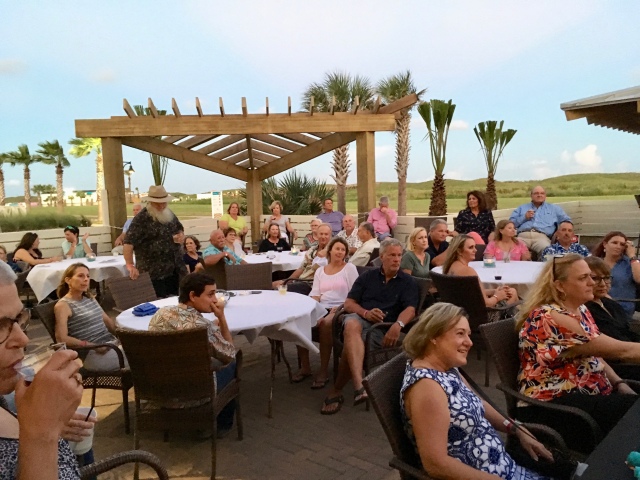 Another shot of the crowd attending. 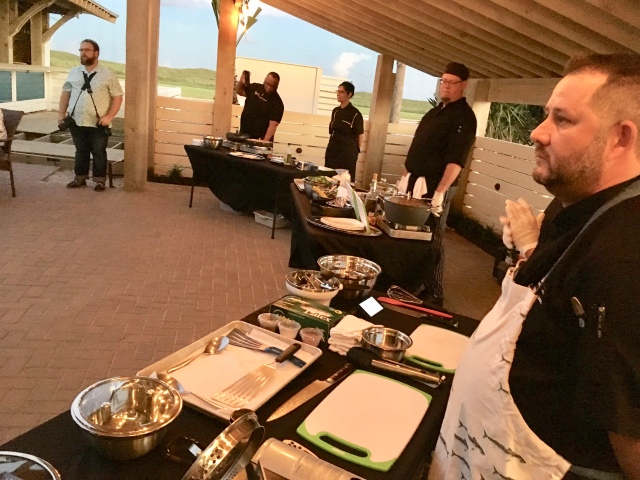 The three chefs at their stations waiting for the start signal.

A sculpture of a Black Marlin. Notice the new palm trees which were replaced after Hurricane Harvey.

Here is a shot of Christopher Beasley accepting his ticket to Orange Beach. Christopher is the executive chef at The Bluewater Cowboy Saloon and Mercantile right here in Port Aransas.

I hope you enjoyed the event.

← #BadMoonRising: The Contract by John W. Howell and Gwen M. Plano #thriller #supernatural
Top Ten Things Not to Do if You Helped Found Germantown Pennslyvania in 1683. →