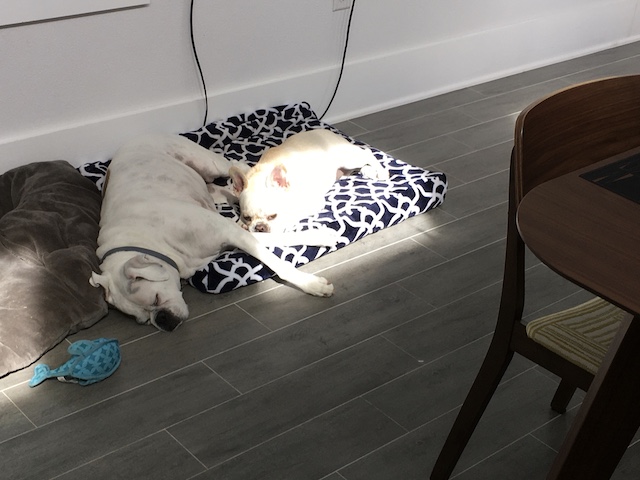 “Lucy.”
“What Little One?”
“Can you turn off the light?”
“Wednesday sunshine. Can’t turn it off.”

It is Wednesday Story Time again, and last week our heroes with a police escort began their trip to the airport. As luck would have it, there was some kind of ambush set up, which was interrupted by the State patrol. By the sounds of it, there was a big shoot-out. The escort thinks it is better to head back to SWAT headquarters until everything is sorted out. I see the group is at the headquarters, so let’s go there and see what the next move is going to be.

“Thanks, Sarg. Is the lieutenant here?”

“Let me go check. He’s not answering his comm. I’ll just be a second. Please have a seat.”

“Yeah, I think that is what it is. What do you suppose is going on?”

“I think a bunch of folks want us dead. That’s what is going on.”

“Never in my life have I dodged so many close calls.”

“Well, the keyword is ‘dodged.’ As long as you are doing that, you are okay.”

“Lieutenant. Nice to see you again.”

“It is especially nice to see you both, detective.”

“Good question. We are running the prints and facial rec on the dead guys. The survivor is heading for the lock-up, but so far, he’s not talking. He gave a name, but we think it’s a phony. In any case, we think these guys are pros from out of town.”

“Looks like the same situation as when we arrived.”

“You don’t have many friends in Reno that’s for sure.”

“Any way to trace these guys to Cortez?”

“Not sure right now. I’ll tell you what, though?”

“I’m pretty doubtful Cortez would hire outside help. His guys are about the best there is. I can’t believe he would want to risk having the job mishandled if he was behind it. I’m sure if it was Cortez, we would be zipping up the body bags and shipping them to Boston instead of chatting here.”

“So, who do you think is behind all this.”

“I’m going to reserve my judgment until we find out what the prisoner has to say.”

“You think he will talk?”

“If we give him some kind of deal, he will. Hold on, I got to get this. Yeah, Mayfield here. No shit. Uh-huh. Damn. Okay, thanks for letting me know. Mayfield clear.”

“The prisoner just took something, and it looks like he’s dead.”

“Looks like he had some poison, and he used it.”

“How often does that happen?”

“In spy novels all the time. Here not so much.”

“You would think we could catch a break.”

“Well, detective. The fact that you are still alive is a break. I think these guys are operatives at a different level, and we need to get to the bottom of this. You two are going to need round the clock protection.”

“How about we help with the case? Could kill two birds with one stone.”

“Interesting choice of words, detective, but I think it will work. Let’s coordinate with the State patrol and get a plan together. In the meantime, how about some coffee?”

“Sounds good. Everyone would expect that offer to come up sooner or later.”