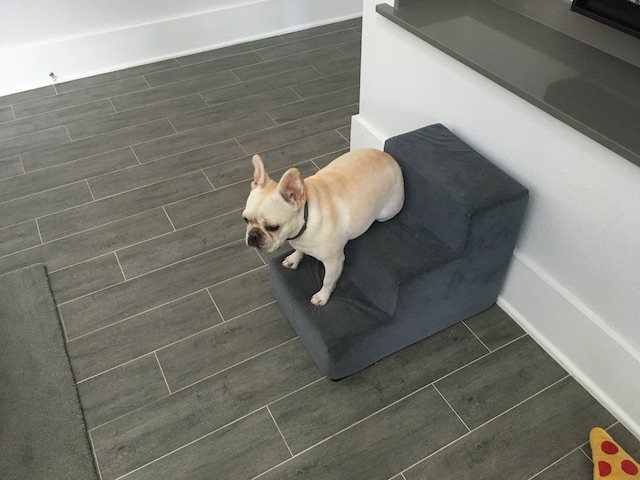 “Twiggy. What are you doing?”
“Looking for Friday.”
“You know you are on a stairway to nowhere, Right?”
“Sorta like a Monday.”

It is Wednesday Story Day and last week we learned Lazar recorded calls from Cortez and Taggert without their knowledge. Larry was able to ask if the hits ordered on he and Andrew were Cortez directed. Lazar said they were. So now we are all working on the same stuff. We got drug charges and attempted murder charges. Lazar did ask for a glass of water. Somehow that made the dramatic music come up in the background. I think we better get back and see if there is anything sinister in that water.

“Here’s your water, Popović. Now let’s get to my question.”

“Thank you so much. Being a Stool Pidgeon is thirsty work. Give me a second.”

“Okay, I’m ready. What was the question?”

“I would like to talk about how deep Taggert and Cortez were in the drug trade around here.”

“When I said up to their eyebrows I meant it. These two have moved tons of cocaine and illegal street drugs.”

“Do you know how they are supplied.”

“Yeah. The cocaine comes up through Mexico and the illegal street drugs from New Jersey.”

“Of course, it’s all in the phone conversations. You should be aware that the names are already on the most wanted lists around the world. There are the biggest and most well-organized cartels. Gives me the shivers just thinking about them.”

“You seem like a decent guy, Lazar. How did you get messed up with these guys?”

“I ran a legitimate warehouse and delivery service. Things got a little tight, so I started looking the other way when I suspected that some of the shipments I was handling were not on the up and up. One night I opened a container and found ten kilos of cocaine. I know it had to stop, so I gave Cortez a call.”

“Let me guess. He told you to keep accepting the orders.”

“Yeah, and on top of that, he had Taggert come visit me with some paperwork that indicated I was going to be charged with possession and transportation of illegal substances.”

“What was the message?”

“To keep my mouth shut, take the money, and stay in business with these thugs.”

“Are you kidding? I told them that their secret was safe with me. About two days later, I got a packet in the mail. Inside were photos of my daughter at college. There must have been a hundred. Some closeups, some in her classes, some in the dining room of the dorm. Whoever took them was near her. There was a note enclosed.”

“I can imagine what it said, but tell us.”

“It was handwritten and simply said, ‘ I love you, daddy.’ I totally freaked out. I called her, and she immediately asked if I got her present. I was speechless.”

“So, how did she know about the photos?”

“She didn’t. Apparently, she signed up for a program that sends parents little school-related mementos. In this case, it was supposed to be a sweatshirt with the school name on it. I checked the business, and it is legit. Somehow Cortez’s people waylaid the real gift and substituted the photos. I never questioned my involvement with Cortez again.”

“What about your daughter?”

“She is in school in England. Of course, she will need protection long term as well.”

“I don’t think Cortez will harm her as long as he believes I am keeping my mouth shut.”

“What would make him stop believing that?”

“If you were to arrest him.”

“But then how is he going to hurt your daughter?”

“His minions are everywhere. He’ll want to make sure I don’t testify. If he can’t kill me, then I’ll get word that he will hurt Carolyn.”

“Looks like we need to be real careful here.”