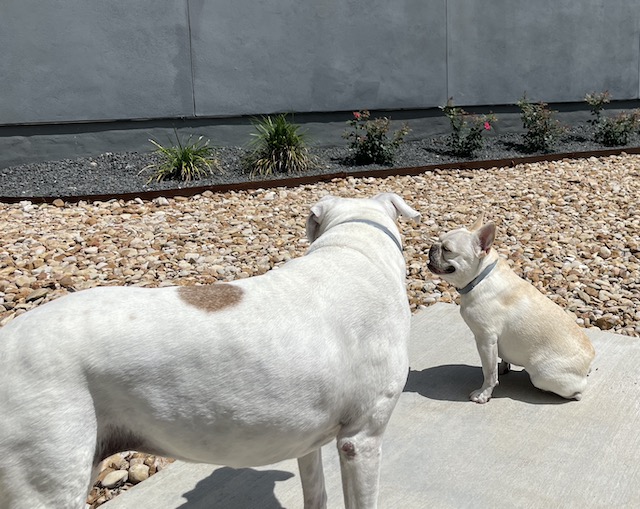 “This is a pretty nice day for a Wednesday.”
“It is Little One. Maybe you can enjoy it.”
“Still not Friday.”
“Sheesh.”

It is Wednesday Story Day, and last week, we heard Cortez say he would throw out a body an hour until his safe passage to the airport demand is met. He gave our team an hour before the first body. That at least gave Larry and company some time to figure out a move. I think they are planning something so let’s get over there and see what is going on.

“Let’s hope so cause this situation is getting direr by the moment.”

“Hear me out. How about we say to Cortez that it will take some time to get a vehicle that can accommodate all the hostages. Maybe we make a suggestion that if he let most go, we could get a car here faster.”

“I think that is worth a try. I would also ask for more time.”

“Good idea, Mike. How about you, Andrew. Any suggestions?”

“That sounds okay. Do we know how many he has in there?”

“I think he is just going to say he’ll take the Escalade.”

“We know there were only five in the Escalade when they left the Highway Patrol headquarters.  So, if Cortez is extra, then there is Carolyn as well. So that makes seven. Pretty tight for that model.”

“Why don’t you ask Cortez if he needs another car.”

“Brilliant, Andrew. Then if he says, yes, we can stall a little.”

“I guess we follow him to the airport and have a sniper in position to take him out.”

“I don’t know. I don’t see Cortez showing himself at the airport. He probably has a jet there and will go directly into the hanger. I don’t think the airport is the place.”

“Where is the place?”

“If we encourage him to take the Escalade, he will have to show himself when he goes to get in since It is sitting in the drive.”

“I don’t see a spot for a sniper around here, though.”

“Why don’t you call the SWAT team and find out if there is a sniper here and if he can spot a good place.”

“Ok, Mike, you make the call. So, Andrew, it sounds like the excuse about the car won’t work.”

“I would just tell him you will arrange safe passage if he lets most of the hostages go. You can ask him if he needs a car. That might sound like you are actually making a plan.”

“We do, in fact, have a sniper. He thinks he can access the roof on the house across the street for a clear shot of the Escalade. He’s heading there now. It’s going to take a few minutes since he will have to check to make sure he doesn’t spook the homeowner.”

“A man in black with a big gun? Why would a homeowner get spooked? We still have 15 minutes, so while he’s getting in a position, I’m going to call Cortez.”

“It’s ringing. Hey, Joachim how’s it going? Okay, okay. I’m trying to arrange a passage for you. I have a question. Are you going to need a second car? Oh, I see. Okay, well, how about you release most of the hostages. That way you won’t need a second car. It’s just an idea, Joachim. No need to get upset. It is going to take a while to get a car here. Okay, I’ll check back.”

“He’s a little jumpy. He gave us another hour to get a car here. It looks like he intends to take the whole crew with him.”

“That is going to make the rescue even more difficult given he has those other two thugs as well.”

“Yeah, I know. We need to figure this out. This is why we make the big bucks.