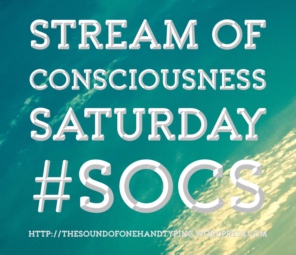 It is Stream of Consciousness Saturday and this week out prompt is “short.” If you would like to join in the prompts you can. You can do it without reading anything at Linda Hill’s site. Just write anything that comes to mind around the word short and the link it to Linda’s place. Oh and no fair correcting typos and stuff like that. Here is the link (you may want to read the other rules like cooking a dozen cookies for each promptee.) https://lindaghill.com/2017/03/10/the-friday-reminder-and-prompt-for-socs-mar-1117/

“Now this is a twist. Why aren’t you sure you like the word?”

“I dunno. It just sounds a little inadequate to me.”

“Inadequate? How does short sound inadequate?What is wrong with you?”

“Well um. Let’s say something you have is described as short.”

“Er let’s say your arm is described as short.”

“Is your arm short?”

“That’s not the issue. No, it’s not but let’s say someone described it as short.”

“I’d love to know where this is going. Okay, let’s say someone described your arm as short. So what?”

“Wouldn’t you say the arm is inadequate?”

“Let’s say you needed to reach across the table with a short arm. Wouldn’t that mean the arm is inadequate?”

“Okay, so you now have defined a situation where the arm is inadequate.”

See what I mean about the word short.”

“Okay, so who called whatever you have short?”

“She called it short.”

“What is wrong with you? Why can’t you say?”

“She described something you have as short, and you’re embarrassed to tell me?”

“I don’t want people to laugh at me.”

“She said my uh attention span is short.”

← Friday JohnKu – AKA – TGIF
Views of the Neighborhood →