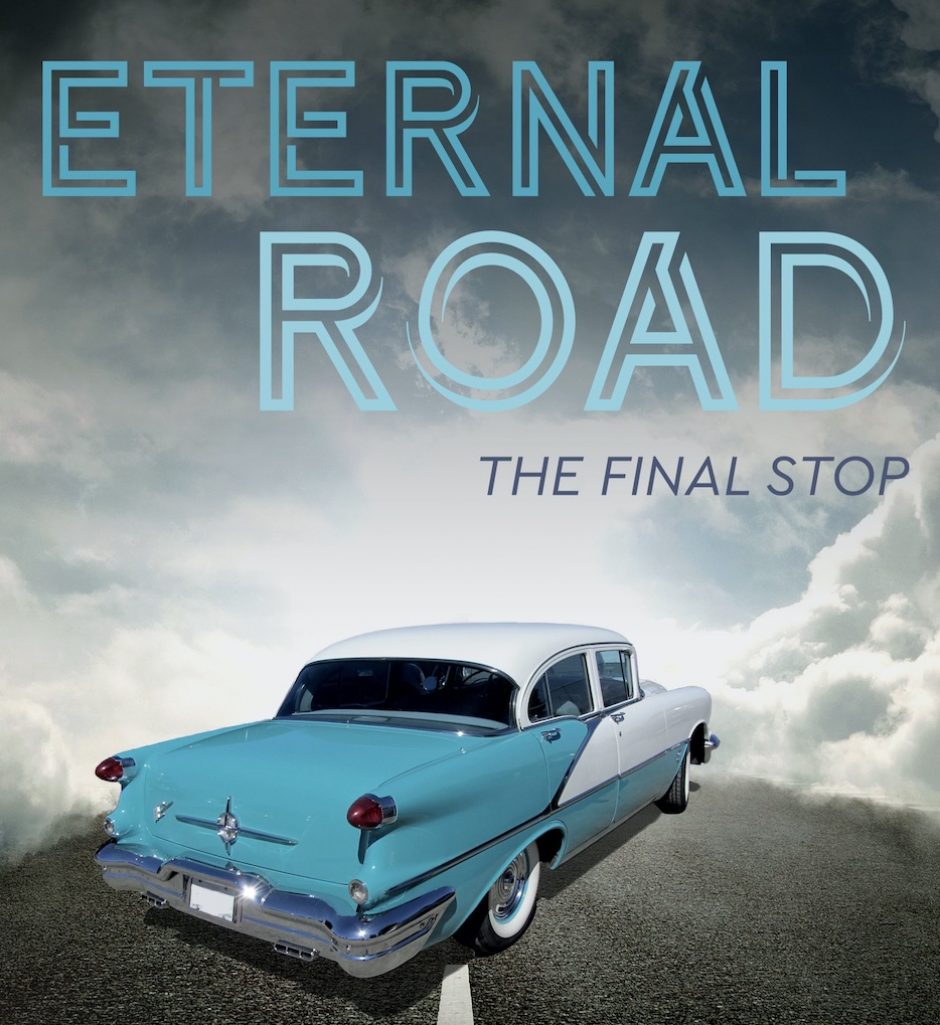 I am so pleased to have Fellow Story Empire member and author Marcia Meara with me today. She is here to discuss Book Three of her Emissary Series.  Marcia the floor is yours. (Well, the walls too.) 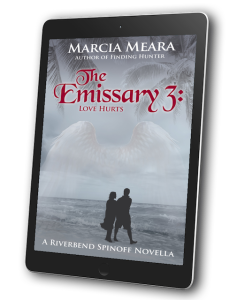 Thanks so much for having me here today, John. I’m pretty excited to be sharing the news of my latest release with you and your followers, and I’d like to take a moment to chat about angels in today’s fiction.

I don’t know how many of you have noticed, but angels on book covers in recent years do not look like they did when I saw pictures of them in Sunday school. Nope. Not at all. For one thing, they aren’t wearing robes and carrying harps. Mostly, they’re bare-chested with those washboard abs that are so admired these days. This always leaves me wondering how they have time for typical angelic duties, what with all those workouts over at the Cloud 9 Gym. (Poor Clarence from “It’s a Wonderful Life” was robbed. 😉 )

And though the term “Nephilim” is mentioned in Genesis, and sometimes defined as the offspring of an angel and a mortal, that was another concept that wasn’t bandied about much in popular fiction decades ago.

Regardless, love affairs between humans and angels, with or without offspring, are themes that have been pretty popular in many of today’s romance and urban fantasy novels. With those trends in mind, I had a lot to think about before beginning my Emissary trilogy. Just how did I want to approach my own angelic-themed tales?

My decision was to go in a very different direction. While this little fantasy doesn’t pretend to be any kind of serious religious work at all, I still wanted my featured angel to be very different from most I’ve seen gracing book covers today.

Is Azrael’s chest finely sculpted and utterly swoon-worthy? I have no idea. He wears a long white robe. Always. Even on the beach. But one thing I know for sure—he doesn’t cavort with mortal women. Ever.

Azrael is the archangel in charge of all things connected to helping souls cross over into Heaven after death, and he has always had far more important things on his mind than any sort of tom-foolery like that—especially in recent years.  Due to the drastic over-population of the planet, the constant strife between countries, and the plethora of unsavory temptations everywhere mortals look, Azrael’s current problem is what to do about angels being desperately overworked. In an attempt to ease this impossible situation, the archangel believes hired help is the answer. He decides to form a team of emissaries from Heaven-bound souls he’ll pull directly out of line at the Pearly Gates.

Jake Daughtry is his first choice. Giving him some new powers, including a limited form of immortality and an ability to help humans avoid making very bad choices, Azrael sent his first emissary back to earth on a sort of trial run. It goes better than the angel expected, and before too long, Jake is joined by a second recruit named Dodger. From that point on, the growing Emissarial Team has been Azrael’s main focus. That, and trying to keep the disapproving Council of Angels from ending his experimental program outright.

Over the course of my three novellas, the archangel’s stern and righteous character has expanded to encompass a new understanding of human beings, and his strong connection to his two first emissaries has resulted in some surprising insights on his part. But though he has gained a lot more understanding of mortals and his temperament has mellowed somewhat, Azrael continues to enjoy seeing Jake’s startled reaction when he pops up behind him unexpectedly. And he still has not learned to use contractions.

Azrael’s emissarial program was growing daily, but it still met with stubborn opposition from many on the Council of Angels. Dodger’s request to be allowed to experience what falling in love was all about didn’t help matters, but Azrael thought the boy was onto something. He agreed emissaries who’d shared a loving relationship during their mortal lives would have a deeper understanding of human emotions and motivations, thus enhancing the skills they needed to do their jobs.

With that in mind, Azrael gave Dodger one chance to search for true love. He then laid down a daunting set of stringent rules and guidelines that could not be broken under any circumstances lest dire happenings occur. But while the angel sincerely hoped Dodger would find a way to make this endeavor work, he feared an avalanche of unintended consequences could be in store for his youngest emissary.

Sometimes even angels hate to be right.

Will Azrael ever tire of popping up behind Jake just to see his first emissary fall out of his chair in shock? Will sharp-eyed motel owners ever notice a big red and white semi mysteriously appearing and disappearing from their parking lots overnight? And will Dodger be able to track down the mystery girl who caught his eye two weeks earlier to see if she’s really The One?

To find the answers to these and other angelic or emissarial questions, come along on one last adventure with Jake, Dodger, and that ginormous, glowy-eyed archangel, Azrael. They’re waiting for you! 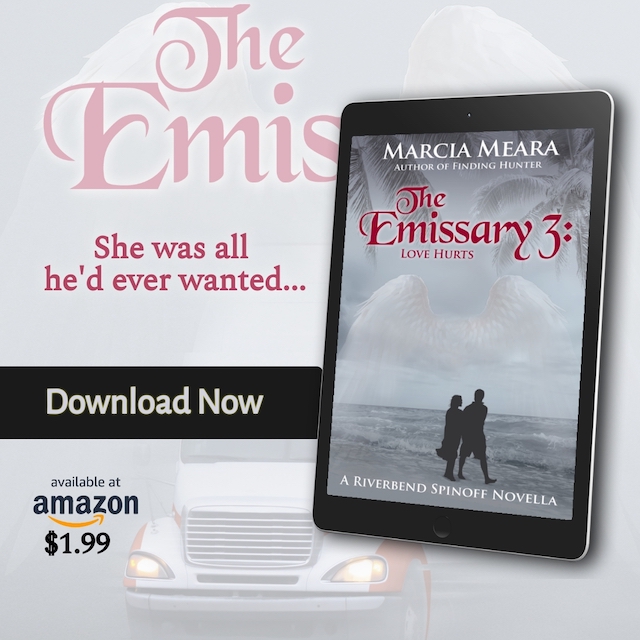 Marcia Meara lives in central Florida, just north of Orlando, with her husband of over thirty years and four big, spoiled cats.

When not writing or blogging, she spends her time gardening, and enjoying the surprising amount of wildlife that manages to make a home in her suburban yard. She enjoys nature. Really, really enjoys it. All of it! Well, almost all of it, anyway. From birds, to furry critters, to her very favorites, snakes. The exception would be spiders, which she truly loathes, convinced that anything with eight hairy legs is surely up to no good. She does not, however, kill spiders anymore, since she knows they have their place in the world. Besides, her husband now handles her Arachnid Catch and Release Program, and she’s good with that.

Spiders aside, the one thing Marcia would like to tell each of her readers is that it’s never too late to make your dreams come true. If, at the age of 69, she could write and publish her first book (and thus fulfill 64 years of longing to do that very thing), you can make your own dreams a reality, too. Go for it! What have you got to lose?

Todays JohnKu talks about angels. I hope you all have a great weekend

Some do not believe,

There are such things as angels . . .

Until they meet one.

← Twiggy and Lucy and The Ballad Of Mrs. Molony #Newbook by C. S. Boyack.
Stream of Consciousness Saturday – Prompt – →