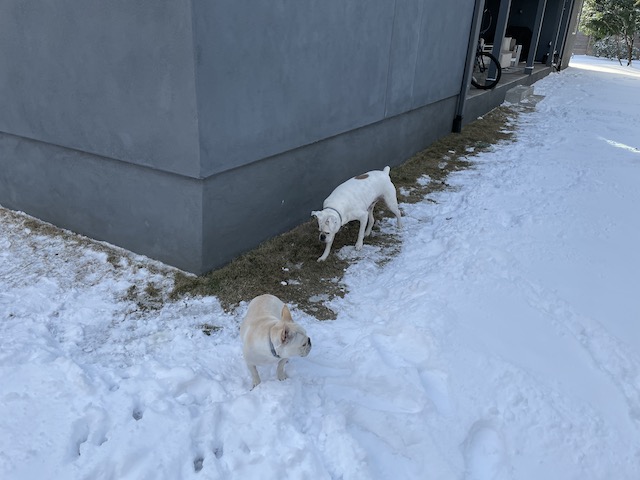 “Watch that ice, Lucy.”
“Even though Mama made us a path it sure is slick”
“Wednesday is sure cold.”
“Yeah, Friday is supposed to be warmer.”

It is Wednesday Story Day again, and last week, well, all packed up and went to Pricilla Thomas’s office. We heard from a tech running some analysis on Stennis’s phone (Damn, is everyone’s name ending with an s in this story?) The tech promised to come right back, but as we know, techs seem to have attention issues like a bag of gummy worms from the canteen. Oh, wait. I must apologize to all techs here he comes now. Let’s get back to Pricilla’s office.

“It is good to see you return so quickly, Agent Moore.”

“Yes, Agent Thomas. I came as quickly as I had any results. Would you like a gummy worm?”

“We can skip the background, Agent Thomas. Cut to the chase.”

“Yes, ma—, I mean yes, Agent Thomas. Here are three numbers that are associated with names that don’t exist.”

“What do you mean don’t exist?”

“I mean, the names led me to three separate burial plots in the Reno cemetery.”

“This tells us what?”

“The phone numbers in question were taken out with phony names.”

“Okay, let me be the dumb one. Who would need to get a phone number with a phony name? Why not just buy a burner phone.”

“I think I can add some detail to that.”

“I believe whoever wanted to use these numbers wanted the person calling to think they were actually dealing with someone with an identity.”

“I will take one of those worms, hoping you’ll get to the point.”

“Sure, here you go. Let’s say you and I were doing some kind of deal. Let’s also say the deal wasn’t exactly legal.”

“Let’s say to gain trust, you give someone a name and tell them to check you out.”

“I get it. So you make some inquiries, and the person appears to be who they say they are. Wait a minute. You were able to track these names back to the cemetery.”

“I was. The average person would be able to do that, too, but it would take a heck of a lot of resources. Most people don’t have access to the kinds of data I have.”

“Okay, so the person checks out and finds his contact is a real person. Why three.”

“I figure the other two are references. All three of these people were highly respected but relatively unknown. They did their jobs and left very little in the way of public information. In fact, when they died, very little was said. It would almost appear that they were still alive.”

“Stennis was talking to undertakers?”

“Well, I’m not certain he thought they were undertakers. I’m just saying they led a very low-key life, and if he only made calls to the other two, he would be satisfied the first was legitimate. I mean, if he did a google search on the names, little comes up.”

“Okay, so we have to assume Stennis was talking with these people, but we don’t know why.”

“Correct. However, I will be able to get a court order to do lawful interception of all the calls on these three phones. We will then have the conversations and can figure out what they are doing.”

“Any problem with the court order?”

“No, I don’t expect any. We have several murders and kidnappings and a person of interest. I think the facts will speak for themselves.”

“Any budget problems because I know the phone company’s charge for the service.”

“I’ll keep you informed. Normally in real life, this would take a few weeks to put in place, but I know you are in a hurry, so I’ll get right on it. Might have some information in a week.”

“I appreciate that. A week is just perfect.”