I don’t usually post reviews on this blog for no other reason than I have a format for each day and a desire to keep my posts to a minimum number each week. Today I’m making an exception since I believe the reader would benefit from knowing about Yellow Hair by Andrew Joyce. What benefit, you may ask? The benefit of reading about the Native North American’s real story and how they were taken advantage of by the white settlers.

Here is a blurb of the book from Amazon.

Through no fault of his own, a young man is thrust into a new culture just as that culture is undergoing massive changes. It is losing its identity, its lands, and its dignity. He not only adapts, he perseveres and, over time, becomes a leader—and on occasion, the hand of vengeance against those who would destroy his adopted people.

In this compelling, richly researched novel, author Andrew Joyce tells a story of epic endurance against all odds. From the first page to the last, fans of Dee Brown and W. Michael Gear will enjoy this riveting, historically accurate tale of adventure, family, love, and hate that spans most of the 19th century. This is American history.

Here’s what I thought.

I have read two other books by Andrew Joyce and always thought that the amount of research that goes into his stories is staggering. Yellow Hair is no exception. From the first chapter, the author spent a great deal of time researching the subject matter. It is also clear the author has exceptional writing skills since the story itself is well crafted, exciting, and hard to put down.

It is the story of the Dakota tribe of indigenous people and their struggles to maintain their customs and lifestyle as the white settlers encroached and destroyed their territory. The author uses a white settler who is a lone survivor of a wagon train as the focal point as the story unfolds. A female member of the Dakotas rescues the young immigrant. She nurses him back to health, and he eventually earns brave status within the tribe. His name is Yellow Hair for the apparent fact that he is a blond-headed white man.

The balance of the book follows Yellow Hair through the actual historical events of that time. The US was engaged in a Civil War. The affairs of native Americans were pretty much an afterthought to the significant concerns of the war. Only after the murder of several settlers did the government turn its attention to trying to solve the “Indian Problem” through annihilation.

The author takes us on a long journey of injustice and struggle. We witness how the agents cheated the Native Americans out of their land. We see how the government set up systems never to pay the native Americans monies owed. We suffer through the hunger and lack of dignity fostered upon the Dakotas by those out to grab more land. The telling of the story is with great skill by Mr. Joyce. The book tells the historical account as if it is happening right now. The reader is immersed in the detail and can feel the emotions of the characters. At times the action is so tense it is tough to set the book aside until the scene’s resolution.

I would recommend this book to anyone who wants to read more about the injustices perpetrated upon Native Americans while enjoying an action-packed story that will have the reader on the edge of their seat.

I give this book five stars. 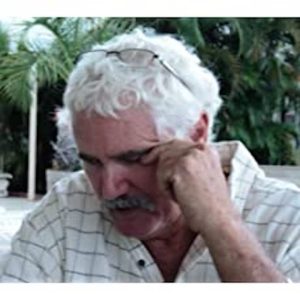 Andrew Joyce left home at seventeen to hitchhike throughout the US, Canada, and Mexico. He wouldn’t return from his journey until years later when he decided to become a writer. Joyce has written seven books. His first novel, Redemption: The Further Adventures of Huck Finn and Tom Sawyer, was awarded the Editors’ Choice Award for Best Western of 2013. A subsequent novel, Yellow Hair, received the Book of the Year award from Just Reviews and Best Historical Fiction of 2016 from Colleen’s Book Reviews.

You can find his books on Amazon at https://www.amazon.com/Andrew-Joyce/e/B00EUCFDTM