The Deep Sea Roundup began in 1932 as the Tarpon Roundup and has grown from a handful of Port Aransas fishing and hunting guides pitting their skills against one another to the largest family fishing tournament on the Texas Gulf Coast.  The Roundup attracts fisherpersons of all ages and skill levels.  Deep Sea Roundup draws over 800 contestants annually. Here are few pictures to give you an idea of the activities. 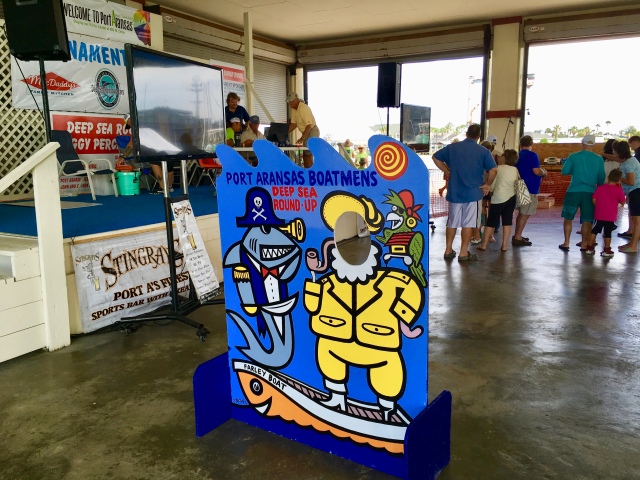 This is the central pavilion where fisherman can take a break.

A family posing for a picture as they dock

The news team from Corpus were there.

Here the news team interviews the guy with the Wahoo

A shot of the tote board will give you an idea of the number of fish groups.

The game warden team were there as well.

A volunteer helps with a tuna. 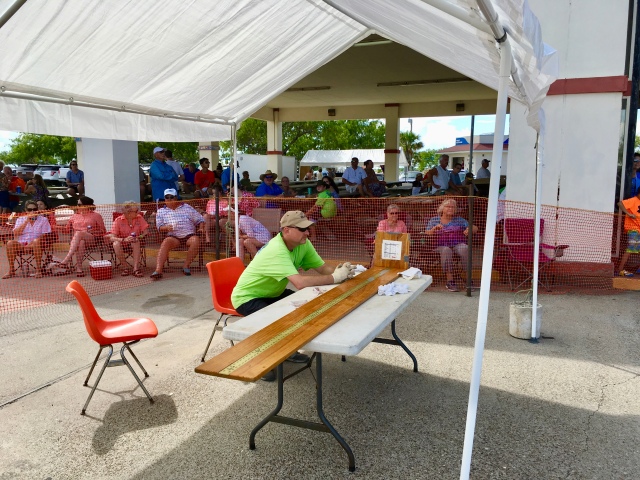 This is the official length measure spot.

This boat is powered by 1050 horsepower. 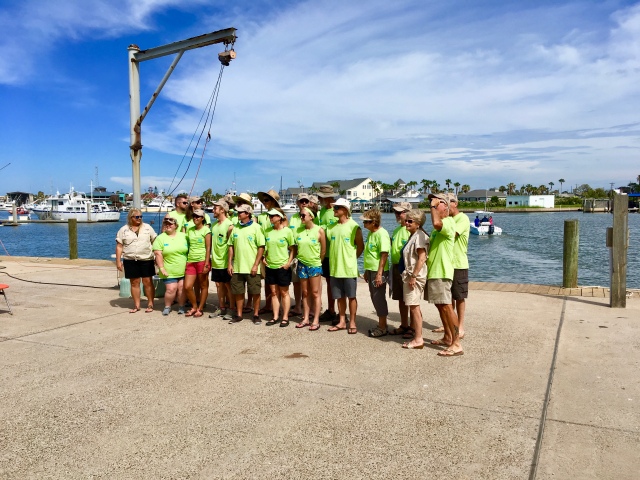 The volunteers pose for a photo. 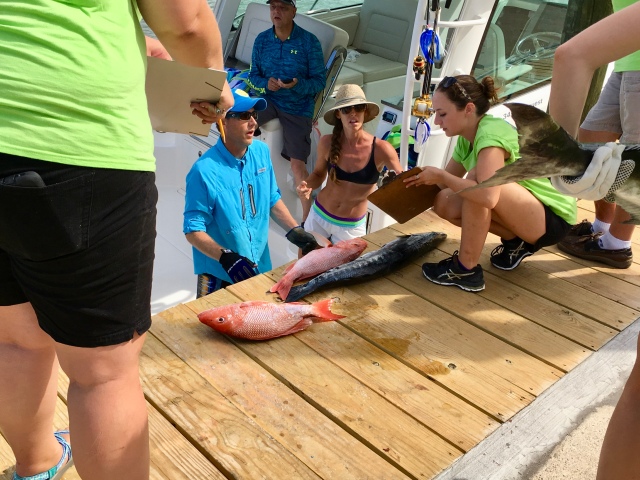 A boat with a couple nice Red Snappers. The volunteer takes the name of the angler and the boat. The fish are then taken to weigh- in. In the right foreground, you can see the elbow of a volunteer and tail of a fish on the way to weigh -in and measure.

This is a shot of the winner of the wind sock division.

Hope you enjoyed the Tournament.