Views of the Neighborhood – Guest Post by Mae Clair

I know it is a little odd to see a guest post on the day I usually run a Views of the Neighborhood. I’ve done this for two reasons. 1. My friend Mae Clair is launching a new book and I want to help spread the word. 2. I am in Phoenix this weekend with no opportiunity to capture some sights there. So I am proud to turn my blog over to Mae Clair.

Many thanks for having me as your guest today, John! I’ve been making the rounds with my new mystery/suspense release, Cusp of Night, a book that uses dual timelines and elements of the supernatural.

For the past timelines, I delve into aspects of Spiritualism in the late 19th Century. This was a time when sham mediums were so common many of them advertised their services in the classified ads of local papers. People were intrigued by oddities, flocking to any traveling circus or sideshow, lured by promises of seeing three-legged men, conjoined twins, or bearded women. Is it any wonder they believed someone could breach the Aether and connect with spirits in Summerland?

Some mediums of the day were magicians, others genuine, still others, charlatans. The frauds were deft in plying their trade and used multiple trick to swindle their customers. Below are just a few of the most popular: 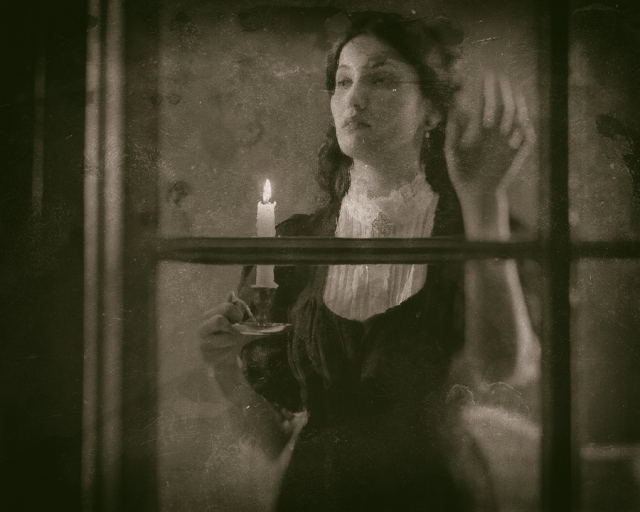 A medium would research the background of “sitters” who planned to attend their séances. This included visiting cemeteries to learn family ancestry and asking seemingly innocent questions of townspeople to garner inside information.

Mediums often had trap doors and sliding panels installed in the rooms they used for séances. This allowed assistants, made up with costumes and wigs, to appear from the darkness in the guise of spirits summoned from the grave.

Other times, a medium might use balloons, painted with faces. These would bob from the darkness on invisible wires or would be held by assistants cloaked head to toe in black. Sitters would take the ghostly representatives as the embodiment of departed loved ones.

A skilled medium—many had honed their trades as magicians or ventriloquists—could throw their voice to make a disembodied balloon (or other object) seem a spectre from beyond the grave.

Cheesecloth was often used to create “ectoplasm.” Mediums concealed this in their mouth or other body cavity (yes, even intimate ones) to produce ghostly manifestations. In later years, mediums would strip nude, allowing themselves to be probed to make certain nothing was hidden anywhere. The skilled still had a way of getting around these examinations.

A medium easily produced “table tilting”—a common trick spirits employed to announce their presence—through use of a hook attached to a belt or a foot. Invisible wires were common ploys to produce everything from ringing bells and chimes to having objects soar through a dark room.

Charlatans knew what they were doing, but Lucinda Glass, the medium in my book, had to learn the tricks of the trade to rise above the circumstances of her birth. She’s mentored by a man who is determined to make her the toast of society. Unfortunately, not all turns out as planned.

BLURB
Recently settled in Hode’s Hill, Pennsylvania, Maya Sinclair is enthralled by the town’s folklore, especially the legend about a centuries-old monster. A devil-like creature with uncanny abilities responsible for several horrific murders, the Fiend has evolved into the stuff of urban myth. But the past lives again when Maya witnesses an assault during the annual “Fiend Fest.” The victim is developer Leland Hode, patriarch of the town’s most powerful family, and he was attacked by someone dressed like the Fiend.

Compelled to discover who is behind the attack and why, Maya uncovers a shortlist of enemies of the Hode clan. The mystery deepens when she finds the journal of a late nineteenth-century spiritualist who once lived in Maya’s house–a woman whose ghost may still linger.

Known as the Blue Lady of Hode’s Hill due to a genetic condition, Lucinda Glass vanished without a trace and was believed to be one of the Fiend’s tragic victims. The disappearance of a young couple, combined with more sightings of the monster, trigger Maya to join forces with Leland’s son Collin. But the closer she gets to unearthing the truth, the closer she comes to a hidden world of twisted secrets, insanity, and evil that refuses to die . . .

← Stream of Consciousness Saturday – Prompt – “Your Favorite Word.”
Top Ten Things Not To Do Out of Town if You Are An Author →