House of Sorrow by Joan Hall – A #newbook

I am so pleased to welcome Joan Hall to Fiction Favorites. Joan is a Member of Story Empire, and she has a brand new book to tell us about. So, Joan, the post is yours.

Thank you for hosting me today, John. I’m delighted to be here to talk about my newest release.

House of Sorrow is a short-story prequel to my upcoming novel Cold Dark Night, book one of my Legends of Madeira series. It’s the story of Ruth Hazelton, a reclusive older woman who lives in a two-story Victorian house in the fictional town of Madeira, New Mexico. Ruth reflects on her life, particularly when she and her husband Lee first moved to town.

Most of the scenes occur in the late 1960s, so I included historical events into the story as well as a few personal memories.

You can’t talk about the late sixties without mentioning the space program, more specifically, the Apollo 11 moon landing in July 1969.

In the summer of 1969, many Americans were focused on one thing—the space program. An estimated 53 million households watched coverage of this mission beginning on July 16 when the Saturn V rocket blasted off from the Kennedy Space Center. An estimated 650 million viewers worldwide tuned in to watch the moon landing four days later. 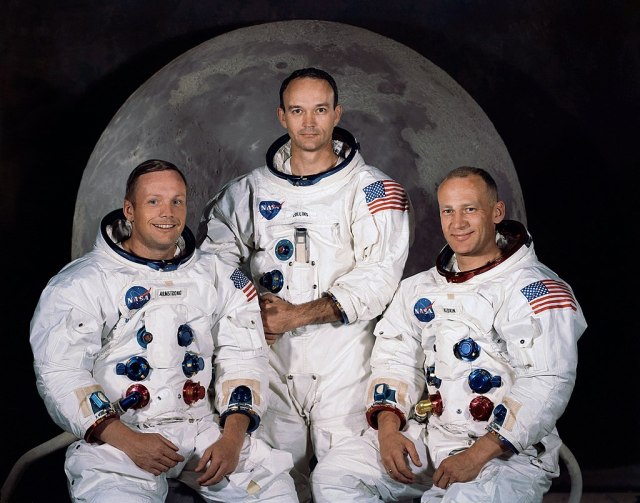 I recall watching the launch on our family’s black and white television. The following day, my family left to visit family in Alabama. We were there when The Eagle landed on the moon.

Two things stand out in my mind about that day. The first was a brief visit to my Great Aunt Grace. I can still hear her say, “Well, they’ve landed on the moon.”

My other memory happened later that evening. While my father, uncle, and grandfather tuned in to watch Neil Armstrong, I sat outdoors with my mom, aunt, and grandmother. I looked up to see the crescent moon and was in awe that people were really on its surface.

Both of those memories found their way into my story.

In 2015 my husband and I visited Washington, DC, and were able to see the Apollo 11 command module in the Smithsonian Air and Space Museum.

In House of Sorrow, Ruth follows the Apollo mission from liftoff to splashdown. On the afternoon of July 20, she visits Margaret Bell, an elderly Madeira resident and stepdaughter of the original owner of Ruth’s Victorian house.

Part of the scene with Margaret is a tribute to my grandfather. He was born in 1884 and saw a lot of changes in his life, including watching men walk on the moon.

Ruth’s pulse quickened as the Saturn V rocket ascended from the Kennedy Space Center. This was it. America’s first mission to land on the moon. She couldn’t help but think of President Kennedy. It was rather bittersweet he didn’t live to see his dream fulfilled.

Over the next few days, she kept abreast of the events as they unfolded. The docking of the command and lunar modules, the first lunar orbit, the separation of the Eagle as the astronauts prepared to descend to the surface of the moon.

On the afternoon of July 20, she made a rare Sunday visit to Brookdale. Margaret hadn’t been feeling well on Friday. But Ruth needn’t have worried. When she arrived, her friend was sitting in a chair watching television.

Her eyes brightened as Ruth entered the room. “They’ve landed on the moon.”

“I never imagined living long enough to see something like this. Didn’t dream of it happening. We rode in horses and buggies when I was a little girl.”

“Going to the moon would have been unfathomable even twenty years ago.”

“I’ll never forget my first automobile ride.” Margaret chuckled. “I was scared to death. Now we have supersonic jets and rockets that can take men over two hundred thousand miles in a matter of days.”

Ruth stood in her front yard, looking up at the crescent moon.

I can’t believe men are up there.

She half expected Sam to join her outside, especially if he saw her. The curtains on his living room window were open, revealing Sam in his favorite chair before the TV. Even he couldn’t resist watching.

Lee called from the porch. “You’re going to miss it. They’re getting ready to leave the lunar module.”

“I’m coming!” She hurried inside the house to join her husband. They watched as Neil Armstrong began to descend the ladder of the lunar module.

The voice from mission control. “Okay, Neil, we can see you coming down the ladder now.”

“I’m at the foot of the ladder… I’m going to step off the LEM now.”

Ruth thought her excitement level had been high during the launch, but it was in overdrive as Armstrong took the historic first step on the surface of the moon.

She and Lee toasted the event with champaign. America had reason to celebrate. The Apollo mission was a bright spot in an otherwise tumultuous time.

Ruth Hazelton is over the moon when her husband Lee agrees the nineteenth-century Victorian in Madeira, New Mexico, is the perfect home for them. While he starts his new job as police chief, she sets about unpacking and decorating.

But it’s not long before Ruth needs more. She becomes a fixture in the community, making time for everyone, volunteering, hosting events—she’s every bit the social butterfly her husband is not. Through her friendships, she learns several former residents of her home met with untimely deaths. If she were superstitious, she might fear a curse, but such nonsense doesn’t faze her.

Until the unthinkable happens.

Now, as the end of Ruth’s life draws near, she must find a way to convey her message and stop the cycle to prevent anyone else from suffering in the house of sorrow.