Views of the Neighborhood – Storm Assessment

We should take a moment before we begin, to remember all those who took part in the invasion of France on D-Day June 6th, 1944. They are the greatest generation and are now fading to eternity. If you know a vet who served in WW II give them a hug.

Today’s tour is going to be brief. So brief in fact that we won’t need the bus. Also, we are going to be catered from Chick-Fil-A. Now before you laugh, this took an act of congress since Chick-Fil-A doesn’t serve on Sunday. Those of you who follow the Wednesday Story will understand that Chick-Fil-A owes me. Because of some technical problems, we will have to entertain ourselves. I can’t seem to get videos to play on the classic editor today. Thanks, WP. 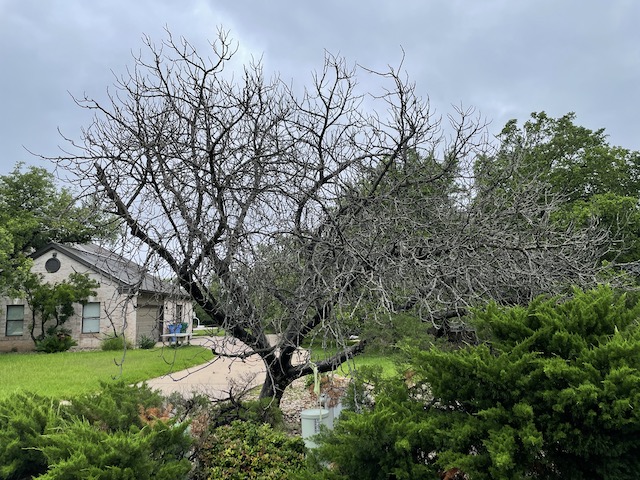 The first stop is a fig tree that I have had my eye on. It was frozen in the February freeze and looks like it is DOA.

Checking on the Artichoke Agave. Once the plant is finishing flowering, the mother plant will die.

The next photos are of the damage from the storm that moved through here on Wednesday. This tree is a total loss.

A downed limb from the wind.

A major tree with major damage.

Another view of the same tree.

A shot looking down the driveway 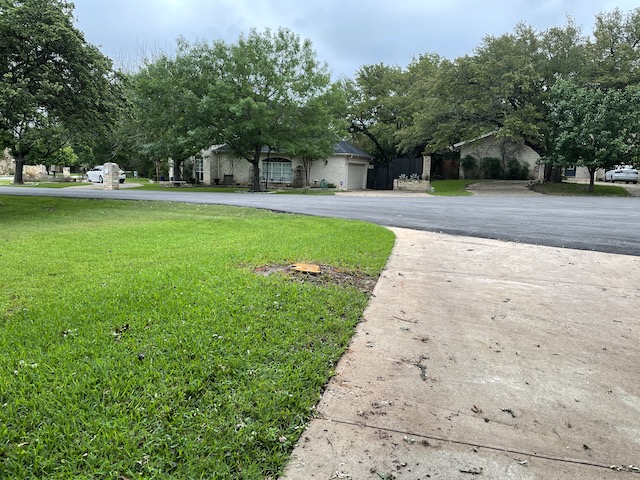 The final view looking down the driveway. The tree was rotting at the base. so they took it down