I am so pleased to Welcome author Jan Hawke to Fiction Favorites. Jan is on a 4Wills Publishing MILELE SAFARI Blog Tour in celebration of her book Milele Safari a wonderful fictional African story. Jan the post is yours to give some background to your book. 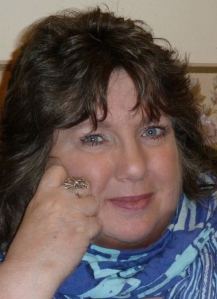 Thanks, John Tanzania was somewhere I always dreamed of going to one day. I wanted to see the Great Migration (vast herds of wildebeest, zebra, gazelles and antelopes) across the Serengeti and the Ngorongoro Crater and onwards to the north across the Mara river into Kenya’s Maasai Mara. A childhood spent avidly watching

Tanzania was somewhere I always dreamed of going to one day. I wanted to see the Great Migration (vast herds of wildebeest, zebra, gazelles and antelopes) across the Serengeti and the Ngorongoro Crater and onwards to the north across the Mara river into Kenya’s Maasai Mara. A childhood spent avidly watching

Tanzania was somewhere I always dreamed of going to one day. I wanted to see the Great Migration (vast herds of wildebeest, zebra, gazelles and antelopes) across the Serengeti and the Ngorongoro Crater and onwards to the north across the Mara river into Kenya’s Maasai Mara. A childhood spent avidly watching Daktari, various film incarnations of Tarzan, safari movies like The Snows of Kilimanjaro, or King Solomon’s Mines, and, above all, David Attenborough’s wonderful wildlife excursions, meant I had high expectations and when I finally got there, these were more than met. Rather too much in some instances, as the latter half of the holiday, further south exploring the Selous wilderness where licensed game hunting still went lucratively on, provided several eye-opening reality checks on how some of the other half lives in Africa.

Enough has been written of the Serengeti National Park to need little embellishment on the beauty of its landscapes and denizens, but it nevertheless left us with a deep impression of the fragility of the eco-system and how hard it was to make it a sustainable world heritage region in terms of climate and economic factors. The brochures were full of luscious descriptions of the exclusive game lodges that you could stay at and, by and large these were delivered, even if the upkeep of them proved less than adequate. The Great Migration the time we were there had not yet happened, as the animals were elsewhere on their journey following the water trail, so we didn’t see the vast herds of ungulates that we craved, but we did see territorial animals such as leopard, cheetah and lion as well as some of the usual antelopes, elephants, giraffe and indeed zebra and gnu that had passed on the annual procession for whatever reason. The lack of rains also meant that game spotting was pretty simple as our elderly Tanzanian guide, Muhammad, simply visited the places he knew would still have water.
I saw sights I’ll never forget, such as a cheetah stalking and bringing down a sleepy Thomson’s gazelle, where I cried and nearly fainted with excitement as I forgot to breathe, just like the sprinting predator was doing. We saw a truly superb leopard up a tree, on whom ‘Moll’ in the Perfect Day chapter is based, and rare black rhino and lion – so many lion, in the Ngorongoro Crater.

Our accommodation choices were not as advertised exactly, but added to the sense of adventure in that lack of water oddly meant fairly high humidity, even on the high plains and one of my abiding memories of the country is the faint to overpowering scent of mildew in our rooms or tents. We went for lunch at one of those luscious panoramic glass and timber hotels with a swimming pool embedded in a kopje and found the ‘lido’ several years into being dried up and one of the ground floor ablutions areas looking like it had been invaded by several rather cross rhinos…
Our trip to the Selous in the non-hunting jungle-like reserve north of the Rufiji River was heaven and hell in comparison, with heaven being what at first seemed to be a very basic tented camp, but had a licence to shoot game for the pot. It was there that we dined like kings on catfish cakes, wildebeest liver and onions and warthog sandwiches and then curry. Divine after our other venue, an ex-camp for Scandinavian engineers working on a dam project that never got built. The manager did his best to run what was billed as ‘luxury’ guest accommodation in rusty-roofed chalets with re-cycled fuel cans for lavatories and an almost non-existent food budget, except for a rather pathetic vegetable garden, a few elderly and very muscular hens that had stopped laying, and copious supplies of discount corned beef – which did at least make a fairly good spaghetti bolognese for lunch.

We dined out on the Tanzanian experience for some time back home in Kent and, looking back on it we did have a great time, even the bad bits, because it really was authentic travellers fare and brought home to us exactly what Africa meant for the people who had to live there. It was just a pity we’d had to spend a small fortune for the experience. 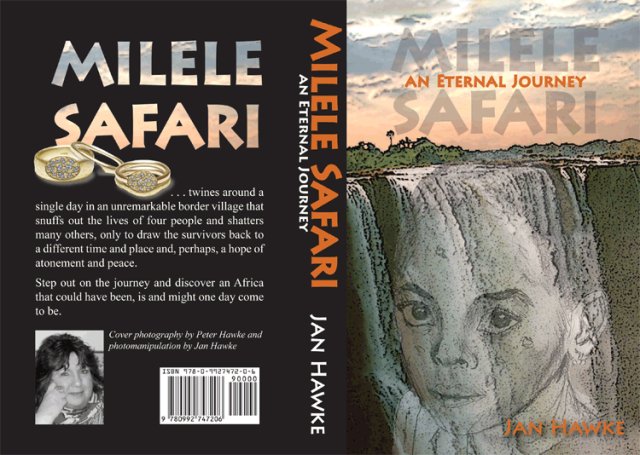 Excerpt from The Land of Nod
Terry sighed with impatience. ‘We must be able to do something surely?’ It was the fiftieth time she had said something like this since she’d pulled herself together Tom thought. Henryk appeared to concur as Terry joined Christian at the window. The old German spoke with authority still despite his dejected looks. ‘So long as they are just talking we should wait. If we interfere it may make things worse. You know this as well as I Teresa…’

Barely a second after he said it both Christian and Terry jumped and drew breath sharply. ‘He is hitting her!’

Christian’s appalled exclamation was drowned out by Terry’s outraged shout ‘Stop that you filthy animal!’

Nobody was quick enough to stop her as she hurtled past an open-mouthed Tom and out of the door, deftly evading the one militia man left guarding them. Briefly he trained his weapon after her, but the others were all on their feet and Tom was halfway towards the door himself. The young Matu was wide-eyed and frightened and swung the gun around nervously as Tom came to an abrupt halt with the three others cannoning into his back. They could all hear Terry yelling like a banshee and the clergyman screaming back at her in rapid French. Their guard was getting a grip and gestured fiercely for them to get back. They all hurried back to the little window, all four of them craning around to try and see what was happening outside.

‘They are not wicked! They are frightened you devil-spawn!’ Terry’s eyes blazed with fury. ‘What did they ever do to you?’ Her French was suddenly fluent again after all these years. She was still scared as hell, but her anger was aflame now and it carried her on, passionately determined to stop this craven traitor who dared to declare himself a Man of God, no matter what it took.

‘Keep out of this you snivelling worm!’ he snarled. ‘These women are less then pigs and they must come back to Zyanda with us!’ He snapped at one of the men with a rifle. ‘Get this stupid foreigner back inside or kill her!’ He turned his mad eyes back on Terry. ‘Go back to your no-good ghosts before I really lose my temper!’

Tom’s gaze strayed to the window again to the women and girls cringing away from the Matu guards. They were looking at the nun as though she were mad. Never, never again did he want to see people that petrified with terror. He turned back to Henryk and saw his own concern echoed. ‘She is my best friend and the kindest, strongest person I know. I love her like my sister and I’ll do anything I can to help her.’ Henryk smiled up at him. ‘She deserves to have such good friends Tom.’

‘He says you can both go out to get the lady.’ Christian’s voice broke in on them. He looked worried and tired too. ‘He says his grandfather is the one holding the rifle – that he will not hurt her, but the other one – their leader – he is a very angry man who will listen to no one. He will kill her himself if she does not stop. You must hurry.’

Henryk sighed and looked at Tom then back at Christian. ‘Thank you my friend. And tell the young soldier thank you also for us please. You will look after my wife for me until I get back?’ Christian smiled shyly and nodded his head at the two Europeans.

‘You take much care Pastor, and you my friend.’

Tom forced a big smile at the quietly spoken young man and at the guard as he and Henryk walked calmly out of the school house into the strong African noonday sun.

Other Tanzanian chapters
Here be Dragons – Sophie arrives in Tanzania to take up her new post at the Teresa Olatunde Community Hospital, helping others come to terms with terrible memories even as she lays her own past to rest.

Hard Rains – the rains come late and hard and Sophie is caught up in a natural disaster, just after a herdsman is brought in with gunshot wounds after a brutal encounter with hardened, well-equipped poachers.

Angels of the Abyss – as police arrive at the devastation, it emerges that the poachers have far more sinister origins and Mgakera sends a convoy with food and shelter for the stricken community, while Luey flies more medical aid in.

Author Bio:
I live near Launceston in Cornwall, UK with Toby and Benji the Springer Spaniels – it’s a tie between us all as to who’s maddest, but as I outrank them in being weird anyway it’s not open to debate really.
I’m physically lazy with things that don’t hold much interest for me (so that’s mostly housework and, increasingly, cooking…), but I love where we live, mainly because I chose it for being so quiet and off the beaten track, very close to the moors and quite near to the sea.

I also love books, both to write and to read, the latter of which can be very eclectic (I enjoy Julian Barnes, Kate Atkinson, Jeanette Winterson and will happily admit to Jilly Cooper too) but in the main I’m heavily into SF&F, particularly Tolkien, Terry Pratchett and Julian May, although I can pass on Zombie Apocalypses fairly easily…

…how I’ve chosen to write about Africa for my first novel may be something of a surprise to my friends, but if you read it you may find that all of the above information manifests in there somehow!

Future projects include a futuristic fantasy series, loosely grounded in Celtic myth – The Shadow Chronica (http://havenlands.blogspot.co.uk/), which is kind of stalled at present, but I’ll be dusting it off as summer gets in full flood with the first novel hopefully available at the tail end of 2016.

Book Blurb:
Milele Safari back blurb – Milele Safari – An Eternal Journey …twines around a single day, in an unremarkable border village that snuffs out the lives of four people and shatters many others, only to draw the survivors back to a different time and, perhaps, a hope of atonement and peace. Step out on the journey and discover an Africa that could have been, is and might one day come to be.

This tour sponsored by 4WillsPublishing.wordpress.com