Views of the Neighborhood – Trail of Lights Edition One

Each year the city of Lakeway sets up a trail of lights around city hall. This weekend was the opening of the display, which runs until January 2, 2020. There was a band, Santa and Mrs. Claus, Smores and more. As you can imagine, there are a ton of photos since the event is enormous. Rather than try to do it in one post, I have broken it into two posts. Next week will be the second edition. 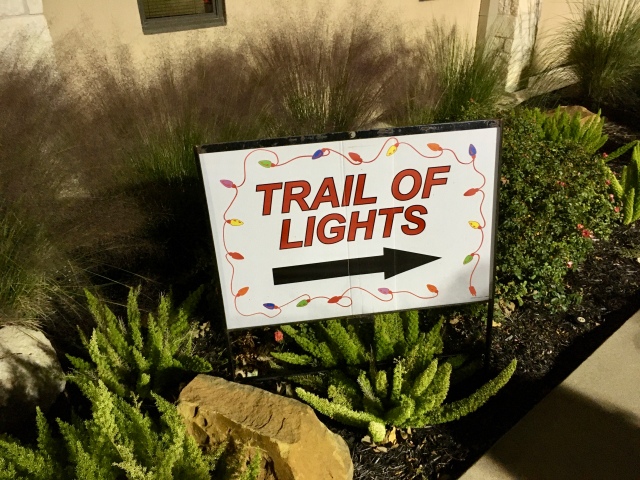 There’s a signpost up ahead.

The first stop is a giant Holiday Tree. 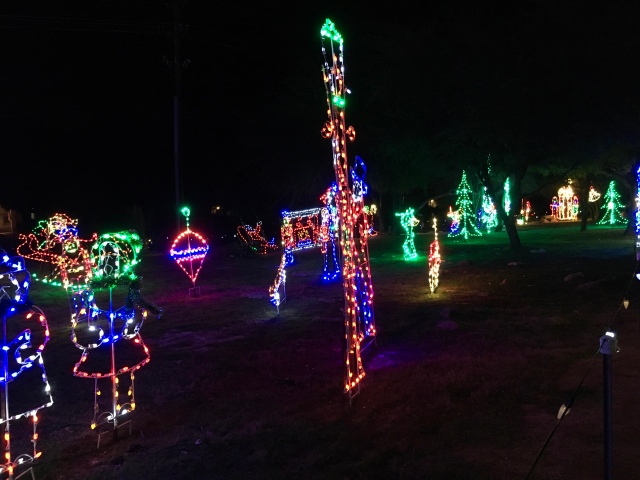 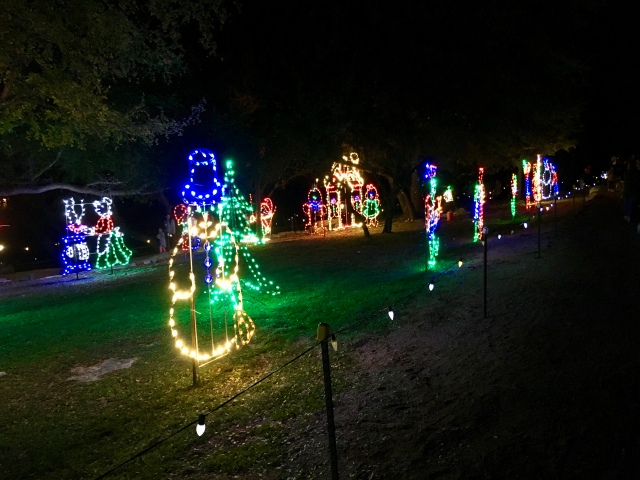 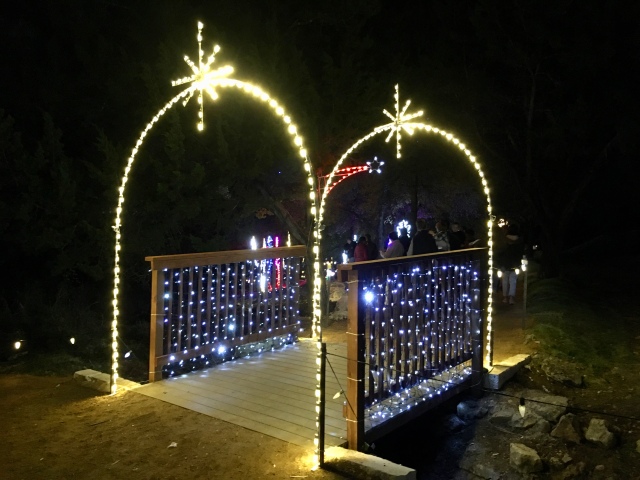 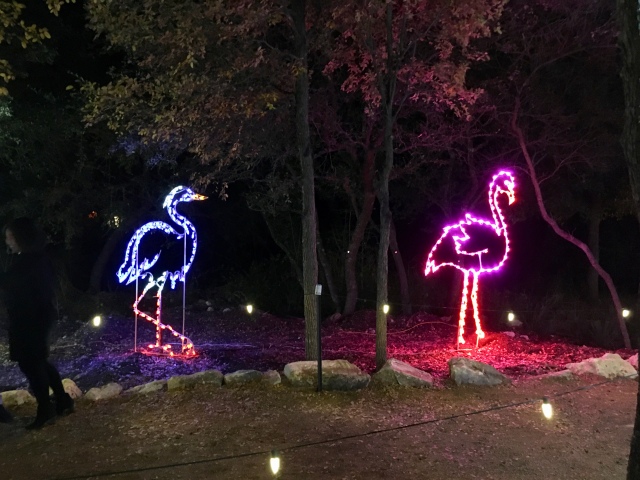 Globes in the trees.

Santa on a train.

Santa on a Harley 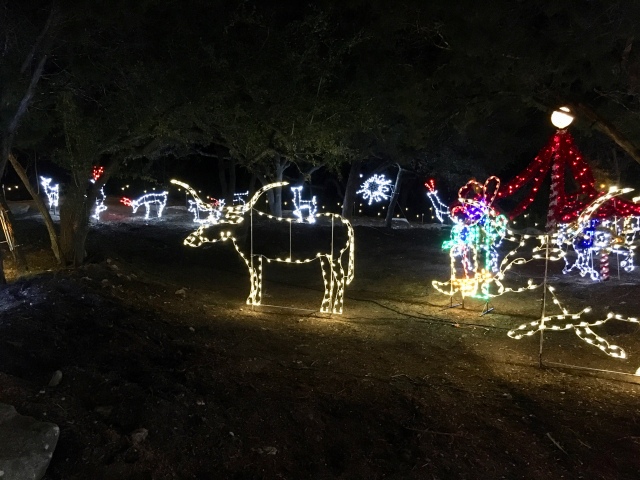 A Longhorn. (Of course)

Skaters on a light pond 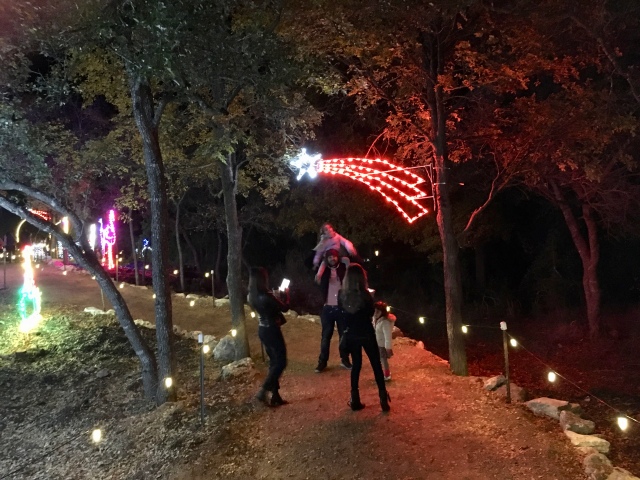 A shooting star and family taking photos of a child on dad’s shoulders.

When I took this, I thought it was an Eagle. It looks more like an owl.

Next week we will see more lights and visit some of the activities.