It is Friday again, and we are so grateful that we didn’t miss it. Today is also Good News Friyay, and we have two stories.

The first story is about the preliminary test of the Boyan Slat ‘Jenny’ Ocean clean-up system.

Photo courtesy of The Ocean Cleanup

Boyan Slat’s team removed 20,000 pounds of plastic debris from one of the significant “plastic islands” in the Pacific on the first trial of his System 002 nicknamed “Jenny.” It is a system where two boats pull a  u-shaped collection device. (pictured) “The Great Pacific Garbage Patch can now be cleaned,” announced Dutch entrepreneur Boyan Slat, the wunderkind inventor who’s spent a decade inventing systems for waterborne litter collection. This means the 1.4 trillion pieces of plastic down to 1mm in size can be removed from the oceans by 2040. 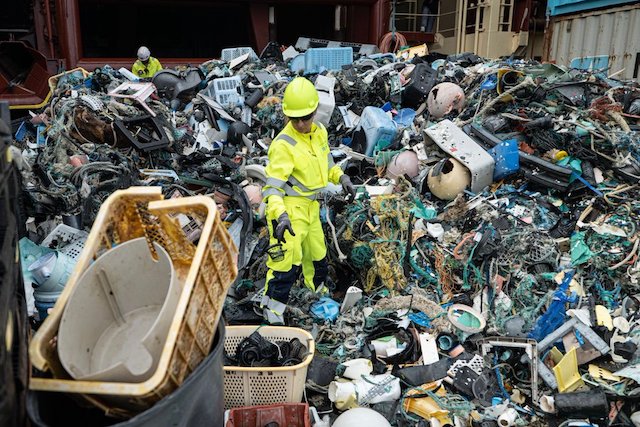 Photo courtesy of the Ocean Cleanup

A shot of the plastic picked up. See any of your stuff in there?

Our second story is just plain good news for one person Randy Bachman of The Guess Who and Bauchman Turner Overdrive. Of course, we can all feel good about one guy who heard the story of Randy having his guitar stolen out of his hotel room and searched the world till he found it. 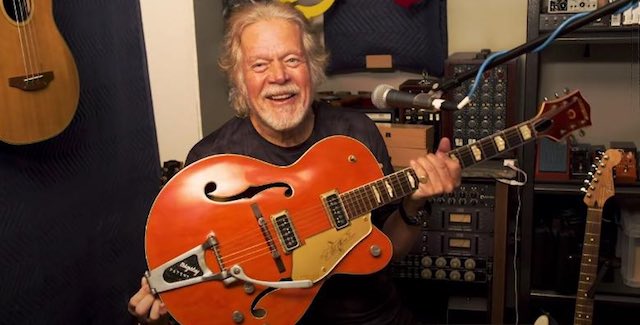 William Long is a fan of Bachman’s and he heard that Randy had worked long and hard as a kid to buy the $400.00 1957 Gretsch 6120 Chet Atkins model in Western Orange. The guitar was stolen in 1976 and Long did some internet work and found it in Tokoyo Japan. Long reached out to Bachman who in turn had his Japanese daughter-in-law contact the current owner. The owner was more than pleased to return the guitar to Bachman if a replacement could be found. Bachman went to work and found one that was made at the same time on the same bench. This was out of the 40 Gretsch’s known to exist. An exchange is being arranged. The good news of this story is someone cared enough to look for the guitar and another cared enough to return it to it’s original owner.

Today’s JohnKu talks about helping each other. I hope you have a grand weekend.

When we see someone,

Who needs help out of trouble. . .

Do we lend a hand?